Fixing pinched optics on the WO Zenithstar 61II 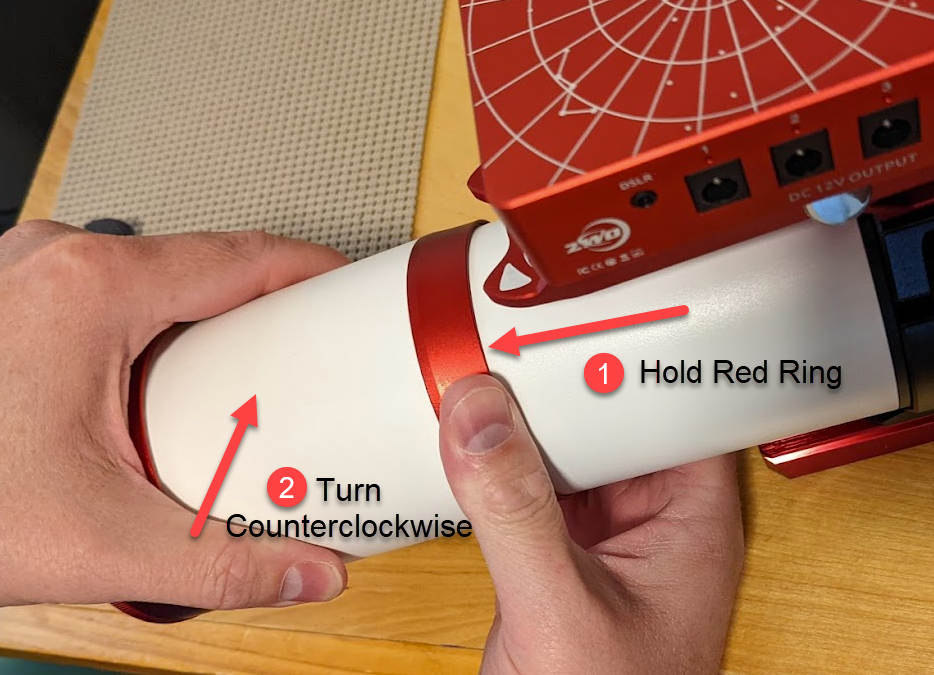 So last night I was able to make it out to the GNTO and worked on my pinched optics. It’s been pretty bad, to say the least as you can see by my Starship Enterprise looking stars

I made some initial adjustments as all the screws were super loose and William Optics would not respond to my email but tightening them made it even worse. To get to the screws you need to remove the dew shield which seems way scarier than it needs to be.

Simply hold onto the red ring and loosen the dew shield

I found the best way to do this was polar align, slew to a super bright star. In my case, I slewed to α Leonis and started guiding and took 10-second exposures and basically configured it to shoot 300 exposures. While it’s shooting make some minor adjustments and work your way around the telescope. If done properly you will have some really nice looking stars. I found loosening the screws counterclockwise was the fix for me

I have to admit for a $592 budget Doublet and another $281 for the Flat61A Flattener it’s performing quite nicely with my ASI2600MM after a little tweaking. While I had some initial issues with the scope I think my frustration was compounded by the fact my Stellarvue was having issues and I just wasn’t having it.