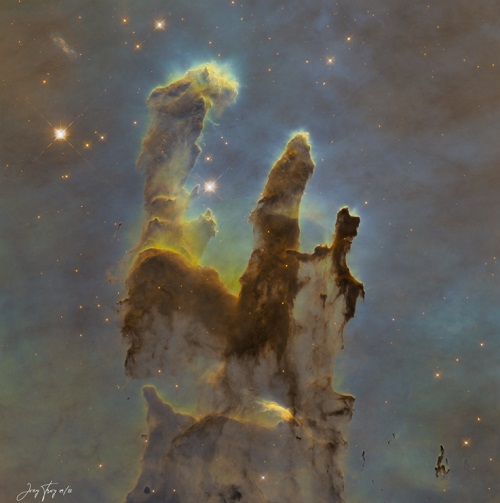 Well in 10 months I had 5 photos and two replacements with the Stellarvue Triplet Apo SVX080T-25FT and it’s going back to Stellarvue for good.

I will say from sales, to support, to even talking to Vic the owner has been an absolute pleasure and I have nothing but respect for what Stellarvue is doing! So why in the world am I am sending it back? Sadly the scope had an issue with halos on bright stars, just look at my images. Normally this would be considered a filter issue but after troubleshooting with Stellarvue and Astronomiks it was clear the issue was with the telescope. When it was sent back for repair, Stellervue replaced all the internal optics and sent it back. Sadly the return had the same issue and I asked for a refund since this has been an ongoing issue. Vic the owner was very professional and allowed for a refund due to all the issues I have had. Vic also asked if he could talk to me about the issues in more detail.

We spoke for 19 minutes on the phone, during the discussion it looks like the problem could be with the baffles in the Feather Touch focuser that is causing the halos. A couple of things Vic mentioned to me was that because I am using a larger camera sensor than is normally recommended with the 2.5 Feather Touch it could be the reason for the issues. Also during the discussion, it looks like I should have ordered the 3″ focuser made by Stellarvue as it’s coated better to stop light bouncing in the baffle and also resolves any type of vignetting that could happen with larger sensors. One last thing Vic mentioned was when the SVX80T is equipped with the 2.5 feather touch it’s normally used for observing over Astrophotography but can be done with a smaller sensor

“This version: This is a lighter version of our 80 mm f-6 apo triplet with adjustable rings and 2.5″ Feather Touch focuser. This is a great travel version of this telescope and it is outstanding as a visual telescope. If you are imaging with a smaller chip camera, this telescope will also serve you well if you make an additional purchase of the SFFX-1-80 field flattener. You will probably also need the risers and the long rail that comes with our photographic version of this telescope. Please note: You cannot upgrade this version to a 3″ focuser since the main tube is too small. “
Taken from https://www.stellarvue.com/stellarvue-triplet-apo-svx080t-25ft/

So hold the phone…in between working on composing this article it looks like Stellearvue had pulled the Stellarvue Triplet Apo SVX080T-25FT from the website 100% and has replaced it with the most beautiful looking imaging scope….WOW!!!

While it would be amazing to own this bad boy I am holding off on purchasing any more scopes at this time as I started working on Hubble data which let’s face it, is the best telescope not on earth!