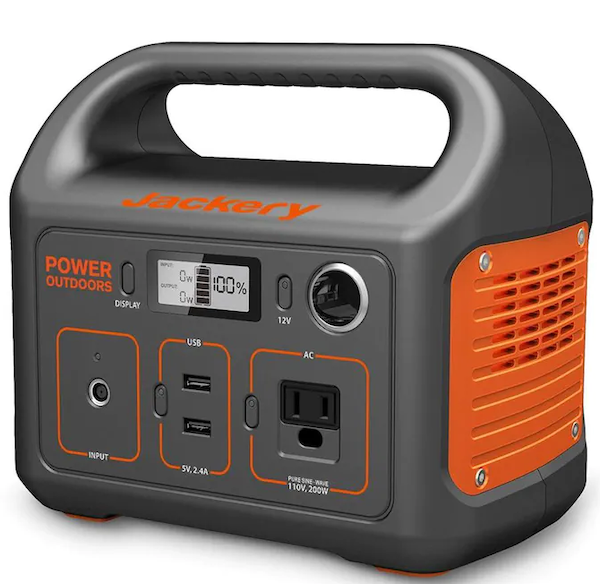 So recently I found out about TAAS which is the Albuquerque Astronomical Society. What I didn’t realize is we had this group so close to me and even better they have a private observatory about 11 miles from my house! While I am sitting on Bortles scale 3/4 skies in my backyard, TAAS’s observatory is sitting on Bortles scale 2/3 skies. I was lucky enough to go out Friday, April 30th to check out the site, and to say I was impressed with the site is an understatement.

The observatory facility has the following amenities

I can’t believe this whole time I have been doing Astrophotography a site like this was available to me and it’s only 11 miles away?!?! So after checking out the site and signed up for a membership, I had to of course pop for a battery so I can have a mobile rig. After reading up on batteries I saw everyone said to go get a marine battery and custom build it. While that sounds OK I wasn’t sure that is the route I wanted to go. Not to mention a marine battery is like 60lbs! Also since I don’t know a ton about electricity and understanding amp, hertz, volts, and watts I wasn’t sure what size of battery I needed. Well, incomes, my handy dandy P3 KILL A WATT I bought a couple of years ago off Amazon when we were trying to bring down our electricity footprint at our home by finding bad devices in the house consuming tons of energy.

So instead of adding up all the power plugs and trying to figure out the draw of all of it I just plugged my mount into the KILL A WATT and out spit the numbers. The mount with all the new upgrades was using roughly 21-23 Watts with the camera cooling fan on but the mount not moving, guiding, or taking images. I sent the mount home which moves the DEC gears and it was using about 25 Watts. Assuming the imaging and guiding don’t eat up a lot of power I am hopeful to keep it under 30 Watt per hour. So after looking online for a nice portable battery I stumbled across the Jackery 300 for $299.99 which offers 300 Watt-hours of power which means it would last roughly 10 hours of usage. Well at $299.99 do I really need that much power? Well doing some more research on the battery I found Lowes offers their own version of the Jackery, the Jackery 290 which was $249.99 and 10 fewer watts. So assuming I am not off on my calculations I figure I will be consuming maybe 30 watts an hour which will allow me to guide for roughly 9.6 hours.

Since most of my sessions are about 2-3 hours tops I figure 9.6 hours sounded good. Well, I was able to take my mount out to the GNTO Observatory on 6/11-6/12 and was able to finally test this monster I ran the mount for almost 4.5 hours and still have 54% left on the unit. To say I am happy with the outcome is an understatement! I am hopeful the Jackery 290 and I will have lots of fun times together out at the GNTO Observatory. Here is my first image in a Bortles 2/3 sky which sadly was cut way too short due to a sand storm. I was able to capture roughly 30 images however due to some tracking issues caused by the wind and not being centered on the object I wasn’t able to keep too many good shots. Here is M8 with 3x500s Hydrogen Alpha frames. I have a lot more frames in Sulfur but the Ha really stands out. I also didn’t stretch it out too much as I didn’t want to blow out the core. I will capture more on this beautiful nebula really soon and finish it properly in SHO.