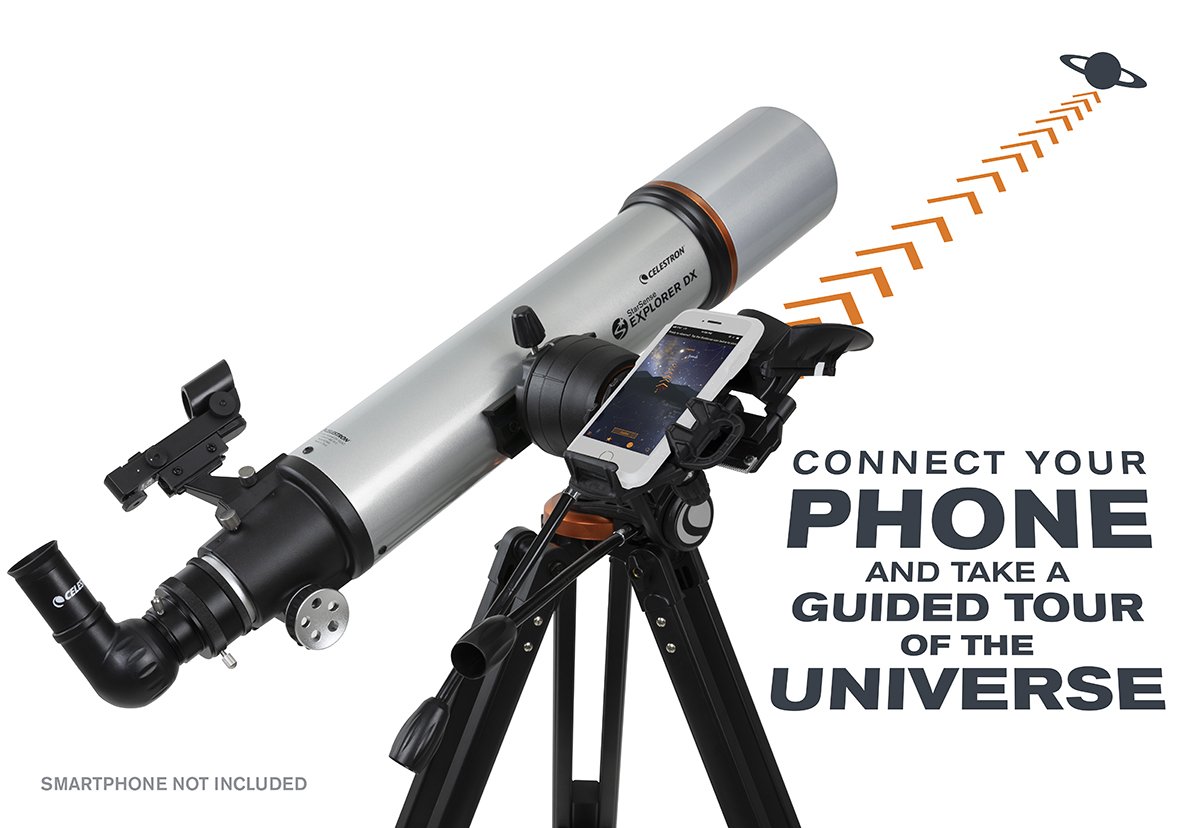 When I was a kid I was fortunate enough to grow up in Los Alamos, New Mexico the home of LANL. When I was a kid I remember taking college classes during the summertime at UNM which they still offer, and one of the classes I took was astronomy. I remember learning where all the normal constellations were like the Big Dipper, the Little Dipper, and Orion’s Belt. I don’t recall if the class met up in the evening to view the stars through a telescope or if I viewed the stars at the local astronomy club or not.

Regardless I do recall using a telescope back in the 1980s when I was in 4th or 5th grade. Fast forward some 30 years later and with extra time in the evenings due to the Rrrrona has given me and my family time to look into the sky once again. Starting back in January with Penumbral eclipse of the moon and then in April with the Pink Moom then July 4th it was the Buck Moon and now the NOEWISE Comet. Still have not seen the comet yet as we have had a few rainy days in a row and cast over in the evenings but maybe tonight?

So due to all these cool events I started researching a telescope and have spent the better part of four days contemplating how much money to spend and learning all the ins and outs of what a telescope is all about. Terms like a refractor, reflector, Dobsonian, prism, 2x Barlow lens, focal point, and the list goes on and on which will make your head spin. I know because mine is still spinning for all the knowledge I have been trying to comprehend since I opened this can of worms so to speak.

With all the new-found knowledge and technical terms on telescopes that I have learned I decided to pull the trigger and go with a refractor telescope. Why a refractor you ask? Well, this is the first telescope I have ever purchased, and while each telescope I read about has pros and cons I decided the cons on the refractors were probably the smallest IMHO. Sure the biggest con of refractors is they can suffer from chromatic aberration however based on all I read some of those issues can be resolved by filters so all and all not to bad.

While refractors do have the con of chromatic aberration the pros to me outweigh all that. First, it takes less time for the telescope to cool down when taking it outside so it can be used more quickly to view the stars. Second, there is very minimal maintenance required just keeping up with cleaning the lenses from dust and oils with a proper kit, no Windex here! With everything I have read the goal of astronomy is getting out and looking at the stars so that is why I went the way of a refractor over a Newtonian telescope. The Newtonian telescope is also known as a reflector telescope so because it’s larger you need to wait longer for the telescope to cool down and also you need to periodically collimate the reflector mirror in the telescope as well. There is a third telescope I didn’t talk about which is a catadioptric telescope. The catadioptric telescope also has some drawbacks as well the worse being an even longer cool down than reflectors so the refractor telescope for me.

Now that I decided on the type of telescope it’s now time to learn star charts so I can see the stars right? Listen I’m a tech guy so while learning star charts and pinpointing stars sounds exciting to me I also want to be able to enjoy this new hobby with my family so we can enjoy the heavens easily. There is some cool tech called GOTO which allows you to input star constellations like M42 (The Orion Nebula) into a handheld contraption that looks like something from an old Intellivision controller and then the telescope moves to the star you want and then it tracks it in the sky. The downside is you need batteries to run the motor on the telescope mount and it takes a lot of time to set up as you need to point at two stars and then it locks into the rest of the hemisphere but if you need to move the telescope you have to start all over again with pinpointing two stars to find it’s way around again.

So where does that leave a tech monkey like me? Easy, the Celestron StarSense Explorer DX 102az. What makes the StarSense Explorer software paired with the DX 102az refractor telescope so exciting for a first-time telescope owner is it harnesses the power of my cell phone to find the stars! Check out this video to see what I am talking about.

When it was all said and done I ended up purchasing my new telescope from B&H which saved me $20.99 off MSRP and included free three day FedEx shipping which means it should be arriving this week! Stay tuned for my follow up review of using the telescope. Also for the record, Celestron offers three other models if the DX 102az is too expensive for you or you’re not sure you are going to enjoy stargazing and want to spend less. One thing I will stress is whatever you decide, don’t cheap out and get a cheap telescope promising you 10,000x magnification that you are buying at some department store. You should be purchasing a telescope from Celestron, Orion, Meide, or another company that only focuses on building telescopes and or other optics. I chose Celestron because they offer the coolest tech that won’t break my bank and are one of the top-rated manufactures of telescopes.