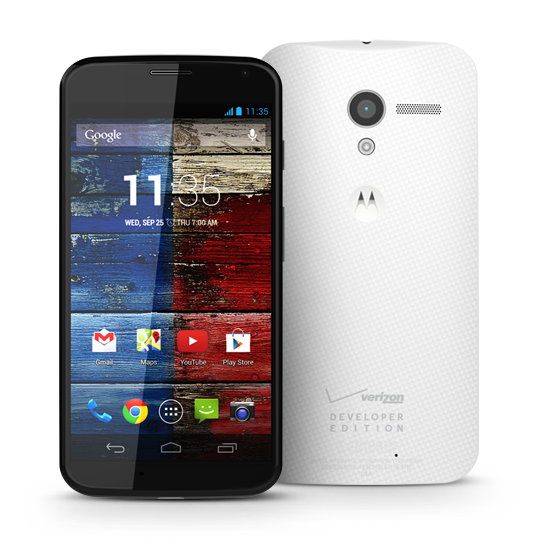 So I am not as big into CyanogenMod Android development like I once was. However, I think I have finally found one of the most perfect cell phones on the market. It’s not the fastest, it doesn’t have the best camera and may even lack some of the features that other big-name phones are offering like the Samsung S5, iPhone 6, or HTC whatever. Where this phone complete rocks, is usability. I have used plenty of Android cell phones in my days, starting out with the Motorola Triumph, HTC Evo, Samsung Victory, Samsung S4, Samsung Google Nexus and now the Moto X Developer Edition. I have been using this phone since August 4th, 2014 and absolutely love it.

I started off using it stock just to see what all the hype was about on features such as “OK Google Now” that works with the phone off, the Active Display and just the overall stock feeling. It was good but there were some slick features of CyanogenMod I really missed so I installed CM11 and was done with stock for about a week and then went back as I missed the “OK Google Now”. I have to admit while I am not a huge fan of bloatware from companies Motorola really stepped it up and did a good job with all the software. If you are looking for a device that is almost a personal assistant for reminders, and you need to do hands-free texting and have a phone that kicks in different modes based on your calendar, like silent for meetings, or silent in the evenings I would highly recommend checking out the Motorola Line.